Sir Justyn in the Castle

Due to the nature of Covid and its effects we cannot provide a date when Sir Justyn will reside at the Castle next. We apologize for the inconvenience.

Justin Webb, better known as Sir Justyn and Sunshine Castle’s resident knight, has been performing and teaching people of all ages about the Middle Ages professionally since 2004, locally, nationally and world wide with a range of groups from schools, seniors, festivals, functions, media, martial arts schools and Living History/re-enactment organizations.  He is a qualified coach for archery and medieval combat and is the founder and director of Eslite d’Corps Living History group, Raptor Elite Medieval Martial Arts, the Australian War Bow Society and Sir Justyn Enterprises. 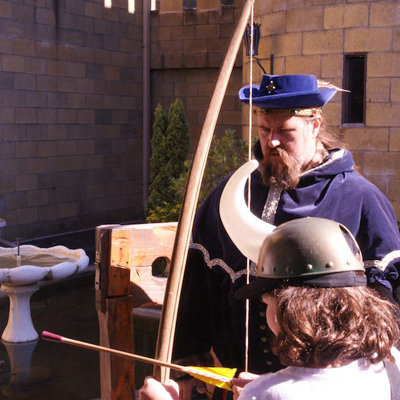 This is the battle of skill and coordination with bow and arrow. 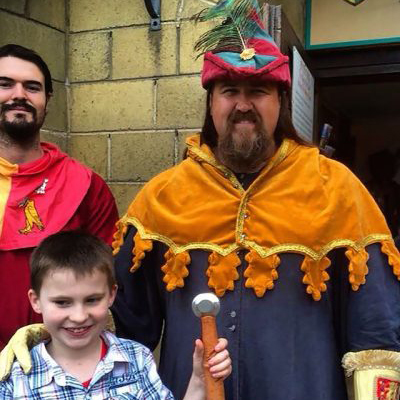 A medieval force to be reckoned with.

Sir Justyn is available for private bookings and tours, his dates of service to our Kingdom are announced here and the Castle’s Facebook Page, he regularly features in the varying School Holiday Program’s.

Please sign up for our Castle News – to get updates on Sir Justyn’s activities and any other programs or news.